The Most Reluctant Convert: The Untold Story of C.S. Lewis

A theatrical rendition of a one-man stage play about the life and conversion of England's self-proclaimed "most reluctant convert" to Christianity. 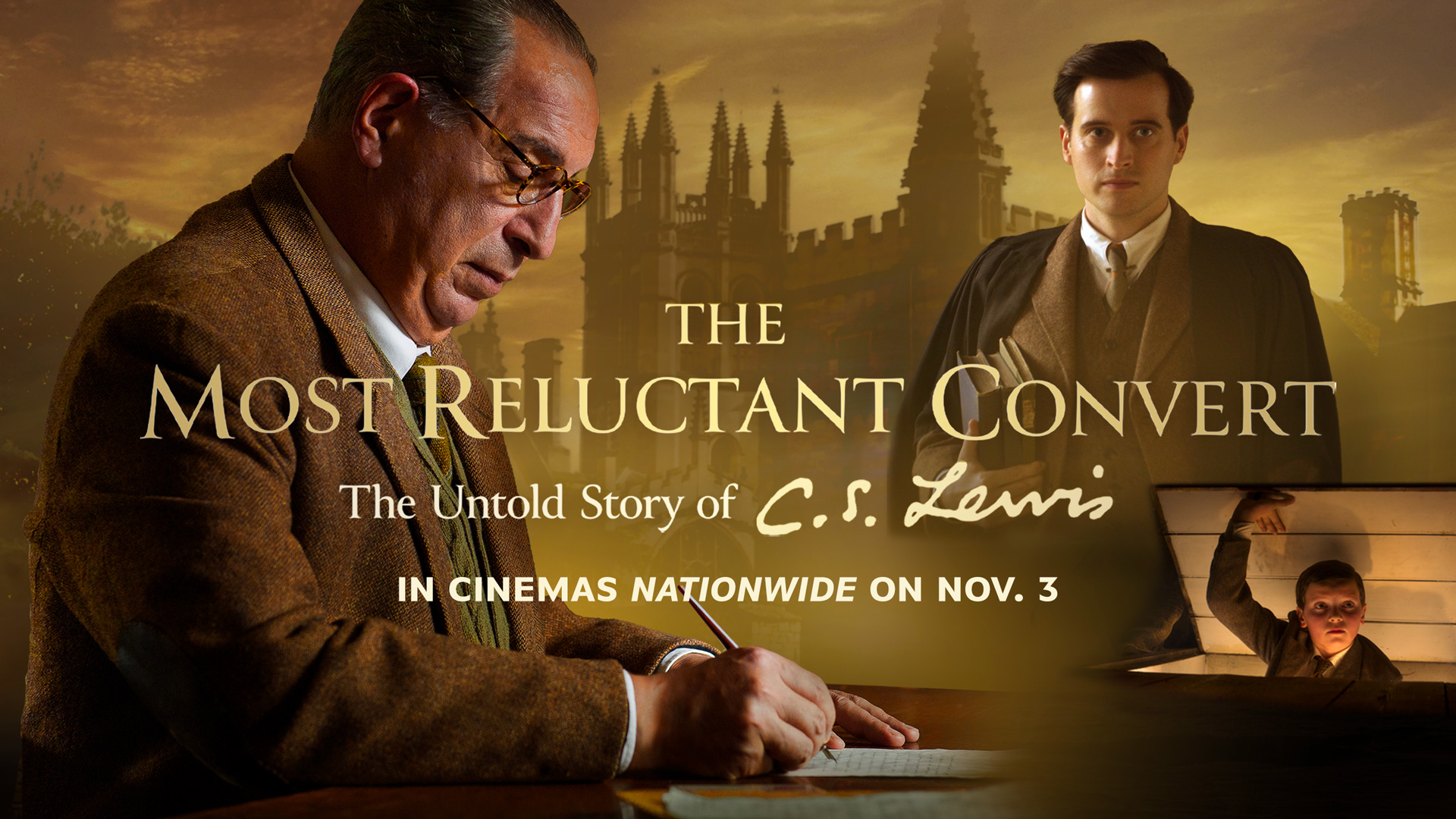 This is a totally different kind of film, which I found refreshing. It is a small production with credits lasting literally less than 60 seconds. The cast is quite small and the vast majority of the dialogue is presented by a narrator portraying C.S. Lewis.  Lewis's winding journey from atheism to faith in God is a fascinating illustration of the patience, persistence, and personal touch of the Lord.  He never gave up on Lewis, nor will He give up on us.

As of the writing of this post, The Most Reluctant Convert: The Untold Story of C.S. Lewis is in a theater near you.

As always, I recommend checking out the IMDB.com Parents Guide just so that you are aware of any potentially objectionable material before deciding whether to watch it.
Christian Inspirational Uplifting