Tolkien recounts the story of the famous author and philologist J.R.R. Tolkien. Primary emphasis is on his relationship with three boyhood chums who become a source of inspiration and solace for the young orphan as he tries to find love and make his way in the world. 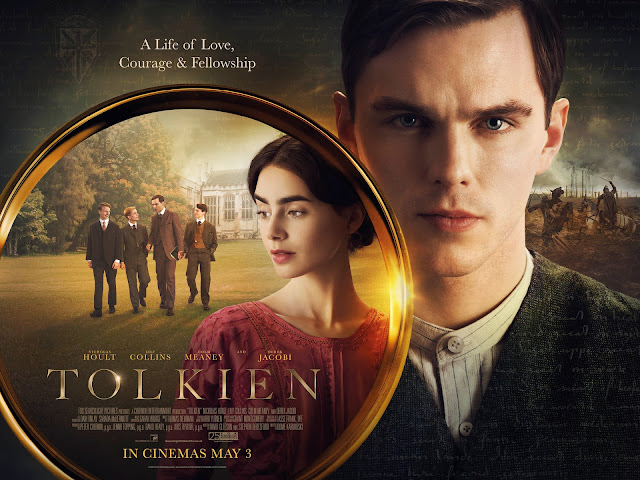 Does it Make My List?
Having recently read Tolkien & the Great War: The Threshold of Middle-earth, a biography on this same subject, I was aware of the real-life story behind Tolkien's fantasy works. This particular treatment, however, was decent but not great and feels like a missed opportunity. While arguably an inspirational story of a hardworking, talented man who pursued his passions, devoted himself to his friends, and followed his heart, it wasn't as satisfying as I was hoping.

Reasons to Pass:
Tolkien is in a theater near you (at least for a little longer).

As always, I recommend checking out the IMDB.com Parents Guide just so that you are aware of any potentially objectionable material before deciding whether to watch it.
Biography Biopic Inspirational The Hobbit The Lord of the Rings Tolkien