Good on Netflix: 'The Boy Who Harnessed the Wind' - Inspiring, Honest, Awesome

The Boy Who Harnessed the Wind follows the true story of William Kamkwamba, a clever young boy in Malawi, South Africa during a period of political unrest, unpredictable weather and famine. With limited education and a few library books, he dreams of building a wind turbine to save their small farming village from starvation. 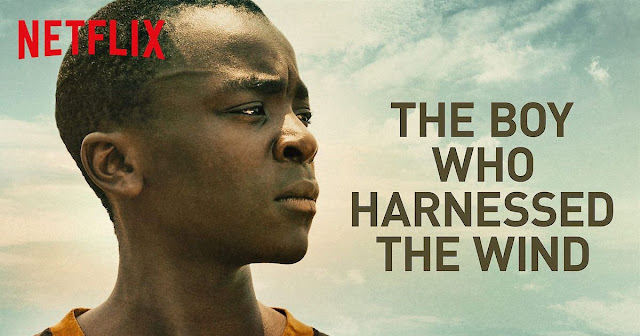 Why It Makes My List:
While this is Chiwetel Ejiofor's first outing as a feature film director, the film is capably handled and inspiring, to say the least.  The contrasting elements portrayed in this film serve to amplify the realism and relevance of its message: familial harmony brought to conflict, dreams turned to sorrow, plentiful harvest to famine, fearful weeping to tears of joy. This is a story of determination despite opposition, ingenuity in spite of ignorance, and hope undeterred by hostility.  The harsh realities of this film can be difficult to watch, but they lend credibility to the ultimate triumph of the human spirit portrayed herein.

Other Reasons to Watch:
Reason to Pass:
The Boy Who Harnessed the Wind is both available and Good on Netflix.

As always, I recommend checking out the IMDB.com Parents Guide just so that you are aware of any potentially objectionable material before deciding whether to watch it.
Based on True Story Biopic Chiwetel Ejiofor Drama Good On Netflix Inspirational Netflix Original