Editorial: What is a Hobbit? 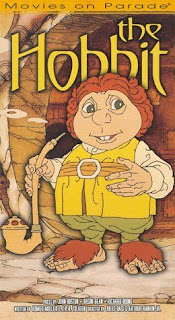 For those of you who don't know, a hobbit is a simple little creature largely considered to be extinct - although most of us know better. They were first brought into the public eye through J.R.R. Tolkien's fantastic tale, The Hobbit about a friendly little hobbit named Bilbo Baggins who gets swept away on an adventure with 13 dwarves and a wizard named Gandalf.

Some years after Bilbo's adventure, his adopted son, Frodo Baggins, becomes a primary character in an adventure of his own chronicled in The Lord of the Rings trilogy.  This trilogy was later made into a series of blockbuster films directed by Peter Jackson.

But I'm getting ahead of myself.  Quite simply, a hobbit is a child-size person (between 3'5" and 4') with generally curly hair on their head, of course, and their feet as well!  They have thick skin on their feet that allows them to walk about without shoes, although they wear other clothes just the same as you and I do.  Although they are very hospitable and love a feast followed by a good pipe, they tend to shy away from strangers.

They generally prefer to live separately from the rest of the world in "The Shire" and are content to be left alone.  Hobbits tend to live in holes in the ground, but not dirty holes like snakes or rabbits; hobbit holes are clean, well-kept houses that just happen to be underground (by nature of having been built into the side of a hill, in many cases).