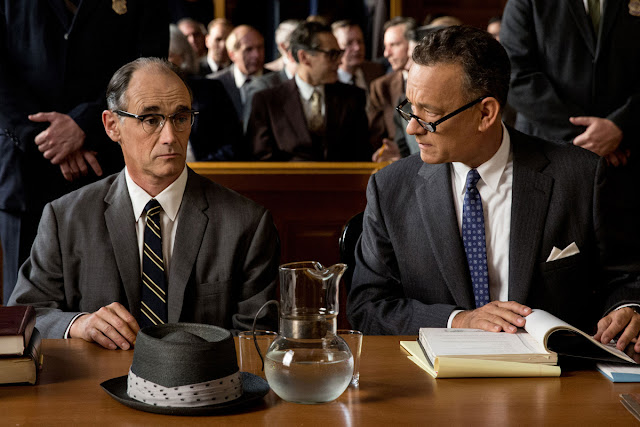 Why It Makes My List:
Bridge of Spies is a fascinating study of international relations, including how we view the those that constitute the idea of "our enemy."  Despite its context, this is neither an action movie, nor a super-spy film; instead, it focuses a more realistic light on the significance and role of fear and perception in international politics and individual paradigms.

Other Reasons to Watch:
Reason to Pass:
While it is well out of theaters, Bridge of Spies is available for rental or purchase here.

As always, I recommend checking out the IMDB.com Parents Guide just so that you are aware of any potentially objectionable material before deciding whether to watch it.
Best Picture Nominee Biopic Bridge of Spies Drama Mark Rylance Movie Review Review Spy Steven Spielberg Thriller Tom Hanks