Plot Summary:
Finding Neverland is a refreshingly magical take on the life of playwright J.M. Barrie (Johnny Depp) and how his relationship with a widow (Kate Winslet) and her four sons led to the creation of Peter Pan. 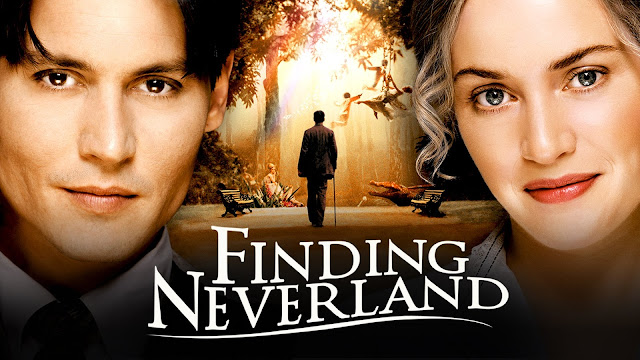 Why It Makes My List:
It's hard to say what Johnny Depp's 'best' performance is but his portrayal of J.M. Barrie has to be my favorite; he brings an educated naiveté, childish wonder and tenderness to the role, which is arguably the heart of the film. Depp's sensibilities work wonderfully well with then child star Freddie Highmore, who delivers an emotional, heartfelt performance as Peter Davies. While this film is a drama, its charming cast and emotionally satisfying story make for an inspiring film.

Other Reasons to Watch:
Reasons to Pass:
Finding Neverland is currently Good on Netflix. If and when it is no longer on Netflix, you can find it for rental or purchase Here.

As always, I recommend checking out the IMDB.com Parents Guide just so that you are aware of any potentially objectionable material before deciding whether to watch it.
Biopic Drama Family Family Friendly Finding Neverland Freddie Highmore Good On Netflix Inspirational Johnny Depp Kate Winslet Peter Pan Uplifting