Ever since the DSLR (digital single-lens reflex cameras) revolution, more and more people have been embracing the art of DIY filmmaking. An unexpected, but welcome, side effect is the increased popularity of cinematography. Of course, cinema audiences have been aware of cinematography before, but never to this extent.


As a professional cinematographer, I’m happy to see more interest in my field – particularly because filmmaking has become increasingly democratized. Since larger numbers of people are making movies, there is greater awareness of how important a cinematographer (a.k.a. “Director of Photography” or “DP”) is to a film. Take a quick look at any film industry job board (Mandy.com, Facebook groups, or even Craigslist) and you’ll see a plethora of want ads for DP’s. Now, whether these jobs are any good (or paid) and whether the applicant pool is already over-saturated is another story.

I’m happy to hear people getting excited to see the new work of Roger Deakins, ASC BSC. But, you may be asking yourself, what is good cinematography? You may think, “Well it has to look pretty and cinematic!” In my opinion, however, it’s actually quite the opposite.

Telling the story is the most important part of cinema. Narrative features, documentaries, even TV News – they all tell a story. The focus of a film is the story and every facet of the film is controlled by it (including the actors!). A DP must identify and use visual storytelling elements (such as composition, lighting, and color) to progress the plot. The main goal of a DP is to keep the audience focused on the story. 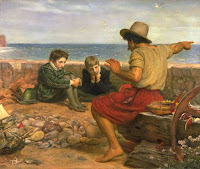 With that in mind, it’s ironic to talk about how good the cinematography was in a particular film. It means the viewer was paying less attention to the story and more to the photography. It would certainly be a compliment for the DP, and inevitable after repeat viewings, but is not a good sign for a first time viewing.

This article by NoFilmSchool.com is a perfect explanation of how cinematography serves the story. It’s not Citizen Kane or Dark Knight, but it’s exactly what the story needed. Personally, I’m really happy that cinematographers receive recognition at the Oscars, but I believe it sends the wrong message to new generations; they start looking for the cinematography rather than the story.

Consistency in cinematography separates the kids from the adults. Staying consistent within a movie better conceals the cinematography, which is the number one goal. There are many things to keep consistent as a DP, but I’ll focus on two: 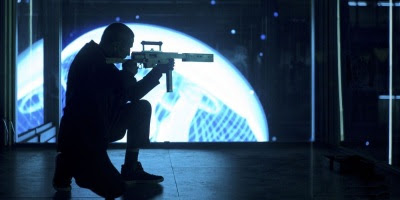 First, the color is consistent from shot to shot. For example, this scene from Skyfall demonstrates consistent color between shots.

In both frames, the blue, the contrast ratio, and the brightness are consistent. It is important to note, however, that a filmmaker can change the color from scene to scene to visually portray character development and plot progression.

Second, the compositions are balanced from shot to shot. Another example is this other scene from Skyfall.

Often, films have tons of dialogue. Most dialogue scenes require a shot of a single person talking. Usually, this means an unbalanced frame; the subject isn’t centered, but on either the far left or right.

These two shots are unbalanced when seen individually (Judi Dench is on the left and Ralph Fiennes is on the right), but balanced when cut together.  A movie isn’t about one shot, but rather multiple shots with varying compositions that complement each other.

Ever watch an amateur film and it just feels like some guy pointing a camera at things? Technically, that’s what we’re always doing, but amateur films make it apparent that there is a camera being used. Remember, a DP must keep the cinematography hidden; the audience shouldn’t realize the camera is moving. Good cinematography hides the camera movement and placement through motivation. 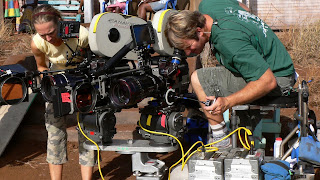 Bad camera operating is usually nervous camera operating. You’ll notice the operator constantly “floating” the camera (as if it’s handheld, but still on a tripod), constantly reframing, reacting slowly to action, or reacting too quickly to action (they’re anticipating the actor to move and it shows in camera).

The less apparent the camera movement, the more you feel the emotions from the performances and scenes. Tony Zhou, a great video essayist, details great camera movement in a video essay about Spielberg and his seamless “oners”. Watch it here! (Heads up, there’s some language).

What may seem obvious on the surface is actually seldom remembered by amateur cinematographers. Lighting that fits a location helps hide the fact that an audience is watching a film – though there is still debate regarding theatrical vs. natural lighting.

Basically, good lighting isn’t about quality of light, the types of light used, or even the number of lights, but how they’re used in context to the scene’s location.

Interrogation scenes are usually the first scenes new DP’s shoot in school and, as such, they soon realize the importance of lighting to match location, mood, and context. This scene from The Dark Knight is gritty, intense, and iconic, particularly because the lighting accentuates those elements!

One thing to remember is the mise en scene of a location. Long story short, the location, props, and lighting help define the dimensions of a character. The scene above tells us that Batman is in a dark place and that the world is becoming grittier and deadlier.

5. Good Cinematography Can Be Felt

Since the dawn of time, humans have been drawn to storytelling because of the emotions it stirs within us.  Even though its primary purpose is to propel the story, good cinematography allows the audience to feel the emotions of the story. On the other hand, obtrusive cinematography calls undue attention to the filmmaking process, distracts the audience from the story and prevents them from feeling emotionally moved.

Now, “How do you know that you’ve felt good cinematography?”  If the film experience leaves a lasting emotional impression, it is a clear sign that the photography served the purpose of the story. 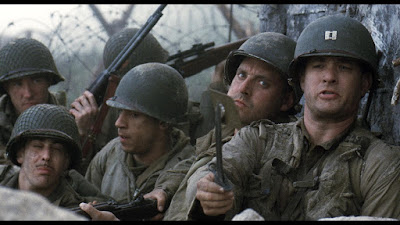 The D-Day scene from Saving Private Ryan is a harrowing experience, most particularly because the cinematography, acting, and editing work together to elicit the emotions of fear, shock, and courage. When you watch the scene for the first time, you never stop and think, “Wow, the cinematography is brilliant.” You get sucked into the story. You feel the emotions. You walk away having had an experience.

As new artists begin making films and the art form becomes more and more democratized, we must focus on what truly matters: the story and the audience. Sure, some people watch a movie simply because a certain actor/actress is the lead, but the movies everyone talks about (the Oscar winners, the box office smashes, and even the cult favorites), affect audiences through emotion and story.

At the end of the day, a film is a puzzle. Cinematography is just one piece to that puzzle. Our job is to figure out how we fit into the bigger picture – how we can seamlessly contribute to finishing the puzzle. 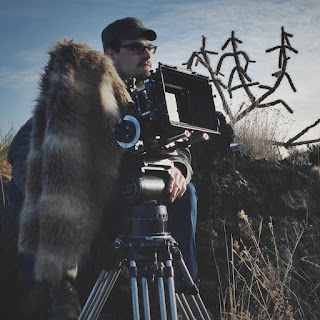 AJ Young is a freelance cinematographer based in LA. His experience includes shooting independent feature films, short films, music videos, and numerous other visual mediums. A graduate of Columbia College Chicago, AJ continues to focus on developing his craft and understanding of cinematography.